Scotts Company and Wal-Mart have teamed up with the VFW Foundation to plant thousands of green ash trees as a tribute to World War II veterans. Each tree is a direct descendant of the green ash tree growing at the birth place of President Eisenhower in Dennison, Texas. These trees will be planted in parks, community areas, and at veteran’s memorials as a tribute to the sixteen million uniformed soldiers of World War II. The project is called “Operation Silent Witness.” 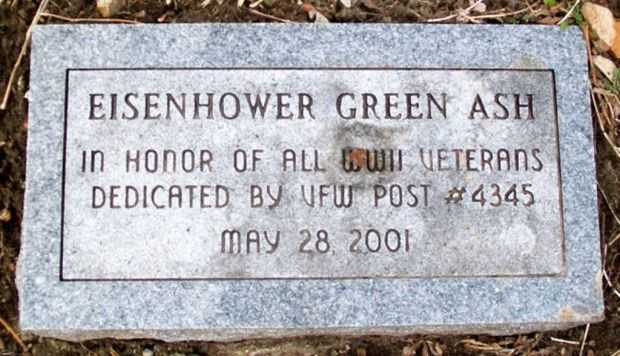