General Greely received the Medal of Honor in 1935: "For his life of splendid public service, begun on March 27, 1844, having enlisted as a private in the U.S. Army on July 26, 1861, and by successive promotions was commissioned as major general February 10, 1906, and retired by operation of law on his 64th birthday."

Greely's medal was awarded in contradiction to the revised 1916 Army warrant requiring combat action and risk of life "above and beyond the call of duty."[13] However, his medal was the second, and last, Army presentation contrary to the combat requirement, as Charles Lindbergh (an Army reservist not on active duty) received the award for his solo transatlantic flight eight years before, in 1927. Until after WWII the Navy Medal of Honor could be awarded for noncombat actions, reflecting different criteria within the United States armed forces. 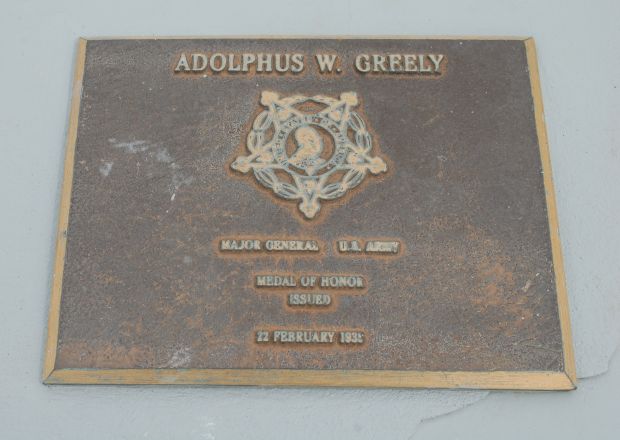