For extraordinary heroism on April, 1862, in action during the Andrew's Raid in Georgia. Private Knight was one of the 19 of 22 men (including two civilians) who, by direction of General Mitchell (or Buell), penetrated nearly 200 miles south into enemy territory and captured a railroad train at Big Shanty, Georgia, in an attempt to destroy the bridges and track between Chattanooga and Atlanta. 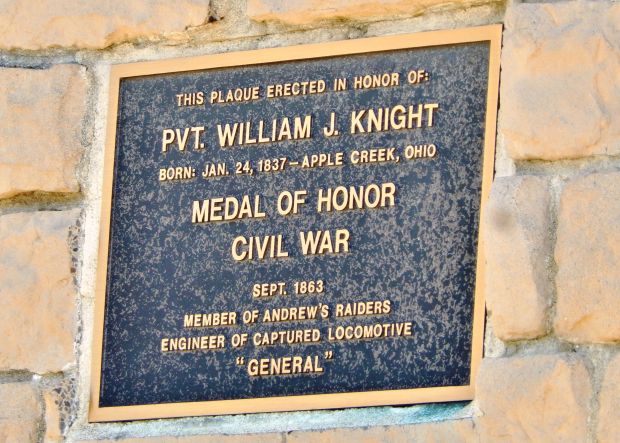