He obtained the award for his service as 1st Lieutenant in Company E, 24th Missouri Infantry. He was Provost marshal of the company. During the fighting at Corinth, Mississippi, on October 3, 1862 (the Second Battle of Corinth), after great losses to his company, he voluntarily assumed command and continued to lead until the repulse and retreat of the enemy forces the next day. The award was not issued until July 9, 1896. He made a career in the army, rose to the rank of Major, and also served in the Spanish–American War. He died in Vancouver, Washington, and was buried at the Fort Vancouver Military Cemetery. 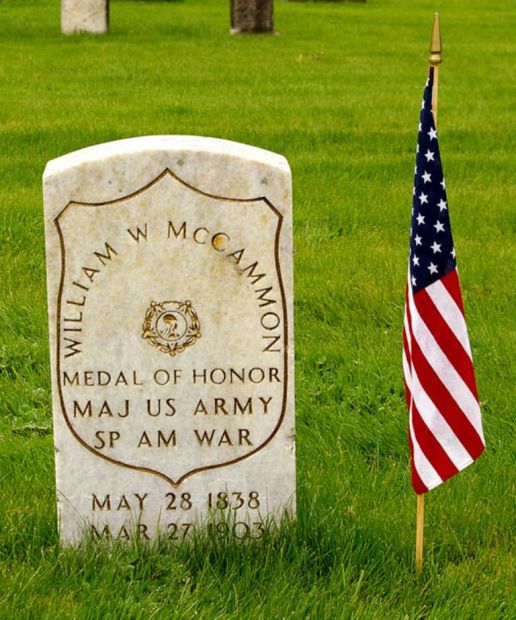