This statue is known as “The Spirit of the American Doughboy”, designed to honor the veterans and casualties of World War I. Mass produced during the 1920’s and 1930’s for communities throughout the United States. Its title is often shortened to “The Doughboy.” 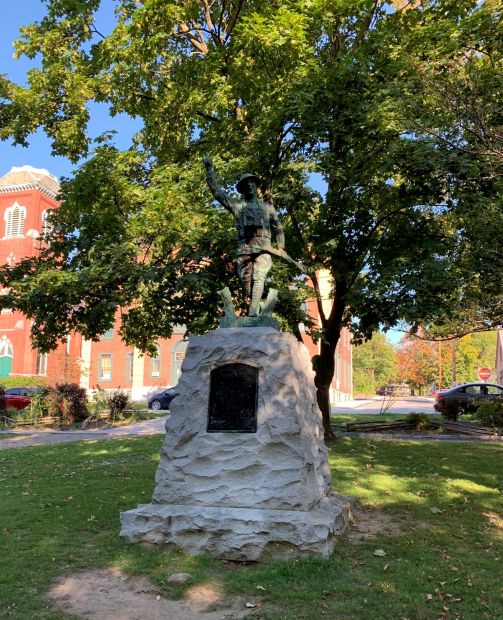