Wells commanded the Second Battalion, 1st Vermont Cavalry, in the repulse of Stuart's Cavalry at the Battle of Hanover during the Gettysburg Campaign. In the famous and desperate cavalry charge on Big Round Top on the third day at Gettysburg (July 3, 1863), he commanded the leading battalion, rode by the side of General Farnsworth, the brigade commander, and, almost by a miracle, came out unharmed, while his commander fell in the midst of the enemy's infantry. A few days later, in the savage cavalry melee at the Battle of Boonsboro in Maryland, Wells was wounded by a sabre cut. At Culpeper Court House, Virginia, September 13, 1863, he charged the enemy's artillery with his regiment and captured a gun, and was again wounded, by a shell. Congress later awarded Wells a Medal of Honor "for distinguished gallantry at the battle of Gettysburg, July 3, 1863."
SEE ALSO-MAJOR GENERAL WILLIAM WELLS MEDAL OF HONOR MEMORIAL 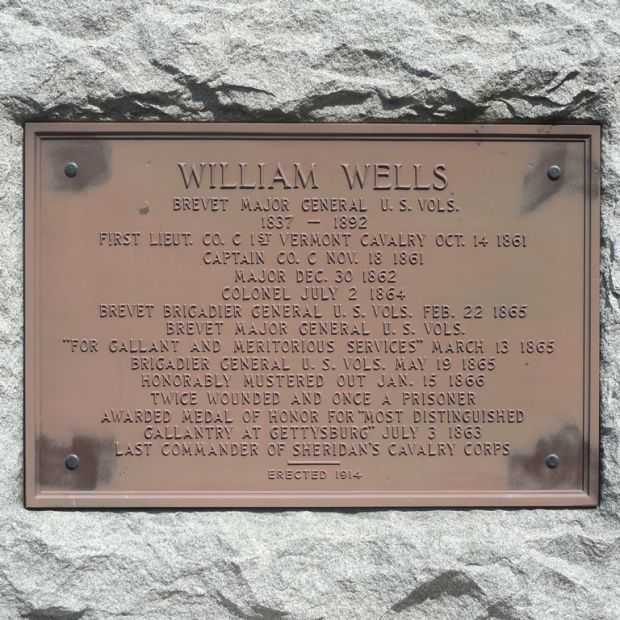