On board the flagship U.S.S. Hartford during successful attacks against Fort Morgan, rebel gunboats and the ram CSS Tennessee (1863) in Mobile Bay on 5 August 1864. Knocked unconscious into the hold of the ship when an enemy shellburst fatally wounded a man on the ladder above him, Brown, upon regaining consciousness, promptly returned to the shell whip on the berth deck and zealously continued to perform his duties although 4 of the 6 men at this station had been either killed or wounded by the enemy's terrific fire.

LANDSMAN WAR A MILITARY RANK GIVEN TO NAVAL RECRUITS. 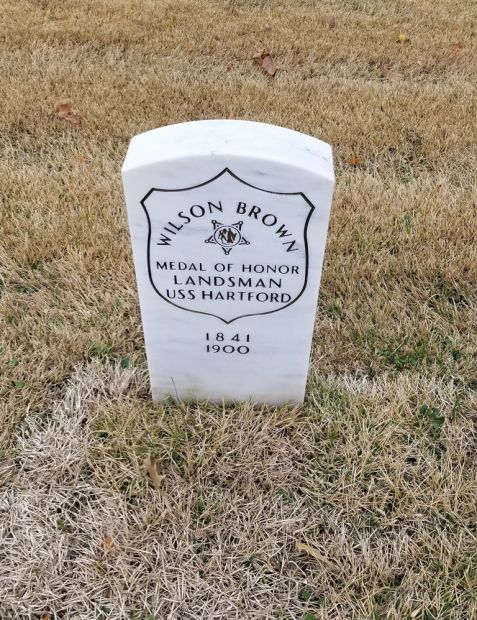