As pilot of the flagship, U.S.S. Hartford, during action against Fort Morgan, rebel gunboats and the ram Tennessee, in Mobile Bay, 5 August 1864. With his ship under terrific enemy shellfire, Freeman calmly remained at his station in the maintop and skillfully piloted the ships into the bay. He rendered gallant service throughout the prolonged battle in which the rebel gunboats were captured or driven off, the prize ram Tennessee forced to surrender, and the fort successfully attacked. 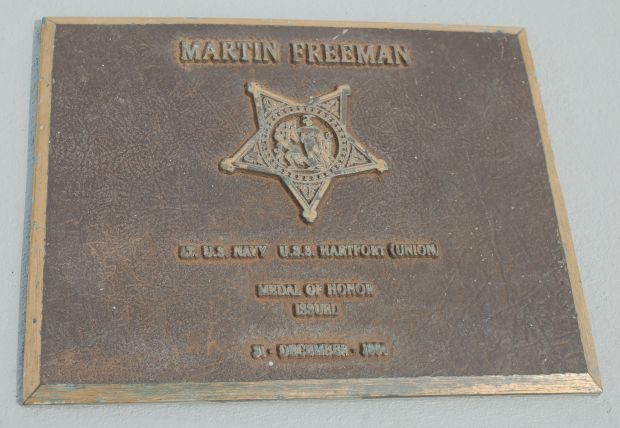