He was squad leader of a 9-man patrol sent to reconnoiter a ridge held by a well-entrenched enemy force. Seeing an enemy machinegun position, he ordered his men to remain behind while he crawled to within 6 yards of the gun. One of the enemy crew jumped up and prepared to man the weapon. Quickly withdrawing, Sgt. Johnson rejoined his patrol and reported the situation to his commanding officer. Ordered to destroy the gun, which covered the approaches to several other enemy positions, he chose 3 other men, armed them with hand grenades, and led them to a point near the objective. After taking partial cover behind a log, the men had knocked out the gun and begun an assault when hostile troops on the flank hurled several grenades. As he started for cover, Sgt. Johnson saw 2 unexploded grenades which had fallen near his men. Knowing that his comrades would be wounded or killed by the explosion, he deliberately threw himself on the grenades and received their full charge in his body. Fatally wounded by the blast, he died soon afterward. Through his outstanding gallantry in sacrificing his life for his comrades, Sgt. Johnson provided a shining example of the highest traditions of the U.S. Army. 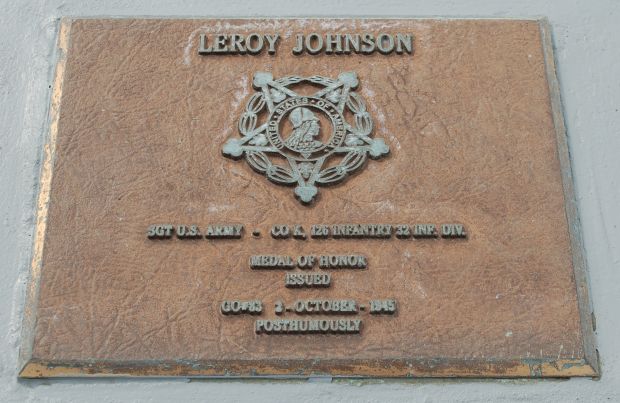