While his platoon was pinned down by enemy small-arms fire from both flanks, he left his position of comparative safety and assisted in carrying 1 of his men, who had been seriously wounded and who lay in an exposed position, to a point where he could receive medical attention. The advance of the platoon was resumed but was again stopped by enemy frontal fire. A German officer and 2 enlisted men, armed with automatic weapons, threatened the right flank. Fearlessly exposing himself, he moved to a position from which he killed all 3 with his submachinegun. Returning to his squad, he obtained an M1 rifle and several antitank grenades, then took up a position from which he delivered accurate fire on the enemy holding up the advance. As the battalion moved forward it was again stopped by enemy frontal and flanking fire. He procured an automatic rifle and, advancing ahead of his men, neutralized an enemy machinegun with his fire. When the flanking fire became more intense he ran to a nearby tank and exposing himself on the turret, restored a jammed machinegun to operating efficiency and used it so effectively that the enemy fire from an adjacent ridge was materially reduced thus permitting the battalion to occupy its objective. 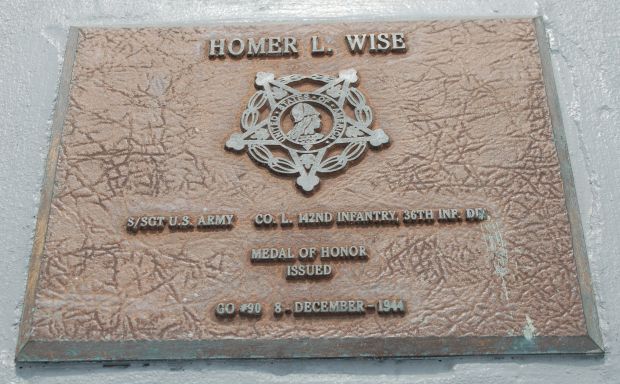